Basic Cream Cheese Frosting. How to Make Cream Cheese Frosting . You'll find the full, step-by-step recipe below — but here's a brief overview of what you can expect when you make homemade cream cheese frosting: Beat the cream cheese, butter, and vanilla together until creamy. Gradually beat in the confectioners' sugar until the mixture is. Steps. In large bowl, beat softened butter and cream cheese with electric mixer on medium speed 2 to 3 minutes, scraping bowl occasionally, until smooth and creamy. Stir in vanilla, then stir in powdered sugar. Add more powdered sugar as needed until frosting is a thick spreadable consistency. Spread or pipe frosting on cooled cake or cupcakes.

Step 1. Place cream cheese in a medium mixing bowl. Using a rubber spatula, soften cream cheese. Gradually add butter, and continue beating until smooth and well blended. Sift in confectioners' sugar, and continue beating until smooth. Add vanilla, and stir to combine. Advertisement. 5 347. Instructions. Combine butter and cream cheese in the bowl of a stand mixer (or you may use an electric mixer) and beat until creamy, well-combined, and lump-free. Add vanilla extract and salt and stir well to combine. With mixer on low, gradually add powdered sugar until completely combined. Use to frost completely cooled cake or cupcakes. 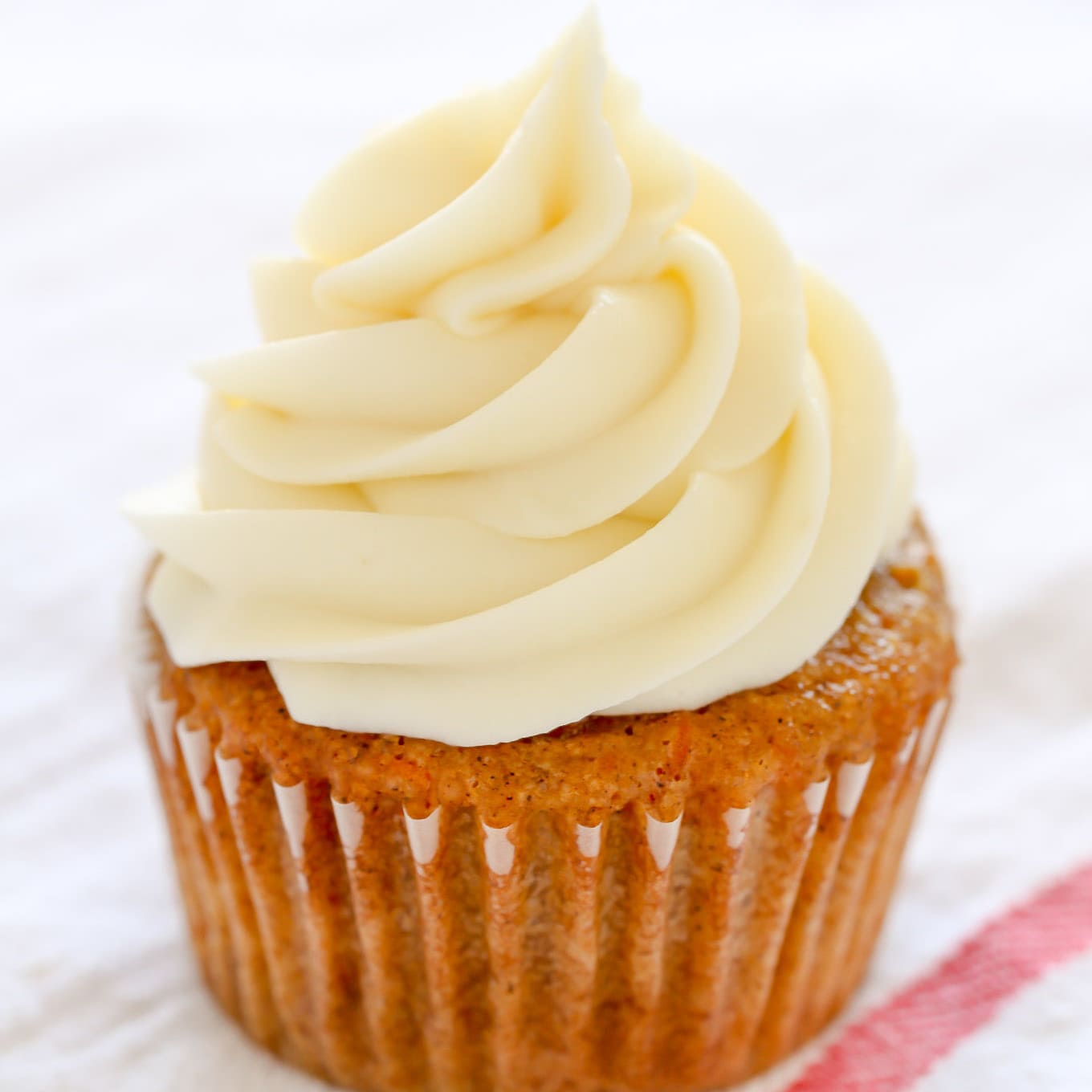 Instructions. In a large bowl using a handheld or stand mixer fitted with a paddle or whisk attachment, beat the cream cheese and butter together on high speed until smooth and creamy. Add 3 cups confectioners' sugar, the vanilla, and salt. Beat on low speed for 30 seconds, then switch to high speed and beat for 2 minutes.

Plop your softened butter and cream cheese into a big bowl. Use an electric hand mixer (or a stand mixer with the paddle attachment) to beat until smooth. Slowly blend in the powdered sugar and vanilla, then beat on high until well-combined, smooth, and creamy.

Instructions. Place butter into a large mixing bowl. With an electric mixer, beat butter until smooth and creamy then beat on high speed 1 minute until lightened in color. Beat in softened cream cheese, just until combined, scraping down the bowl. Beat in vanilla and salt until incorporated.

Instructions. Combine cream cheese and butter with a mixer on medium speed until smooth and creamy. Mix in vanilla (or lemon juice and lemon zest if using). Add in salt and powdered sugar a bit at a time, scraping the sides of the bowl as needed. Continue beating on medium speed until fluffy. Do not overmix.

In the bowl of an electric mixer fitted with a paddle attachment, blend together the cream cheese, butter, and vanilla and almond extracts. Add the confectioners' sugar and mix until smooth. 1999.

Instructions. Combine the butter, the cream cheese and the vanilla in a medium sized bowl, and beat them together until they are light and fluffy. Add the sugar gradually, beating well. Stir in the nuts and/or ginger. Add the milk a little at a time, until the frosting is a spreadable consistency.

Add the butter and mix for about 30 seconds to 1 minute until well combined and smooth. Add the powdered sugar and vanilla extract and continue mixing until fully combined, stopping to scrape down the sides of the bowl as needed. Pipe or frost on cooled cupcakes, cakes, or other desserts.

In a mixing bowl, or in the bowl of an electric stand mixer fitted with the paddle attachment, cream together cream cheese and butter until smooth and slightly fluffy. Add powdered sugar and vanilla and mix on low speed until combined. Then increase speed to high and whip for a few minutes until light and fluffy.

Step 2: Just Beat It. Using a hand mixer or a stand mixer with a paddle attachment, beat the cream cheese, butter, vanilla and salt in a large bowl. Keep beating until the mix is light and fluffy. It'll already look a little bit like frosting, but will be thicker and glossier. Test Kitchen tip: If your confectioners' sugar is clumpy, sift.

Directions. In a bowl, blend together the cream cheese and butter. Gradually add the confectioners'Â Â sugar and beat until light and fluffy. Beat in the vanilla. Stir in the pecans, or reserve them to sprinkle over the frosted cake. Fill and frost the cake when it is completely cool.

The detailed instructions are in the recipe card below. In a large bowl, cream butter and cream cheese on medium speed until well combined. Add vanilla, a dash of salt and beat again until mixed. Gradually mix in the confectioner's sugar until you reach the desired consistency.

Directions. Step 1. Beat butter and cream cheese with a mixer on medium-high speed until fluffy, 2 to 3 minutes. Reduce speed to low. Add sugar, 1 cup at a time, and then vanilla; mix until smooth. Advertisement.

This frosting is wonderful for birthday cakes and children as well adults love it. You could add nuts, raisins, sprinkles or whatever toppings you like to this frosting. Cream cheese frosting is a classic. 1/2 cup butter or margarine or 8 tablespoons or 1 stick, softened. 1 (8 ounce) package cream cheese, softened. 1 teaspoon vanilla extract

Make the recipe with us. Step 1. Using an electric mixer, whip the butter and cream cheese together until light and fluffy. Beat in sugar, milk and vanilla. If the frosting seems too thick to spread, add a little more milk.

Add in the icing sugar, and beat again - I beat this for about 5 minutes, to make it really smooth. Make sure your cream cheese doesn't have any excess water - I find it best to add it to a bowl first just to make sure. Add in the cream cheese, and vanilla and beat.

Method. STEP 1. Beat the softened butter to a soft and even consistency. Add the orange juice, if using, then the icing sugar. Cream until you have a smooth, soft buttercream consistency. STEP 2. Add the cream cheese and work it in - don't beat it in, just slowly mix with a wooden spoon. Depending on how soft the mixture is, you may want to.

Beat cream cheese and butter together until smooth, about 2 minutes. Mix in vanilla. Add powdered sugar, one cup at a time, mixing well. For best results, beat frosting for several minutes, to make it extra smooth and fluffy/creamy in texture. Use to frost cakes, cupcakes, cinnamon rolls, cookies and cookie bars.

Stiffer Frosting: If you want a cream cheese frosting with even more stability for piping, try refrigerating it for 15-30 minutes and/or mixing in 1 tablespoon of cornstarch. Yield: This recipe makes about 3 cups of frosting, which is enough for 1 dozen cupcakes (if you are piping it on like in the photos) or a 2 layer cake. Make Ahead and Storage Instructions: This frosting keeps in and.

Instructions. Beat the cream cheese and powdered sugar until fluffy. Add the cream, pudding mix, and vanilla extract. Beat until it thickens and stiff peaks form. Fill and frost your cake. Refrigerate if keeping longer than a few hours or if it is a warm day.

Beat in the butter until combined. Add the confectioners' sugar, cocoa powder, vanilla extract, 1 Tablespoon milk, and salt and beat on medium-high speed until combined and creamy. Add 1 more Tablespoon of milk to slightly thin out, if desired. Taste, then add another pinch of salt if desired.

Place the butter in a large bowl with the caster sugar. Beat the butter and sugar together for 2-3 minutes until light and creamy. Then beat in the cream cheese until smooth. Do not overbeat or.

Instructions. Put the softened butter in the bowl of your mixer and mix until smooth. Add the pieces of softened cream cheese to the mixing bowl. The cream cheese should be soft enough that it combines easily into the butter/powdered sugar mixture. Beat on low/medium speed about 1 minute or until the cream cheese is blended in.